You are here: Home / Smart Phones / Transferring Pictures From Mobile Phone To Computer

It’s safe to say that the days of the tripod and camera with the hood over it are nearing an end, thanks in part to the clarity and definition of cell phone cameras. It’s hard to find anybody that leaves home without their mobile phones and thus rarely a moment occurs in life that isn’t captured forever. That being said, keeping all these amateur paparazzi pics on the cell phone can be risky for a number of factors from losing the phone to handy hackers stealing the data. For this, sometimes a person should transfer those pics from an unstable cell phone to a more secure home computer and here are some of the most popular ways:

Since there are so many different phone types and email providers, the exact specifics can be hard to figure out but most phones have the capabilities to email. Even if you don’t have what’s considered a ‘smart phone’ you can send the pics in a text message to a trusted person who does and they can in turn email those photographic gems to your email address. Once you’ve received the email, simply open up the attachments and save each picture to a central location on your computer. 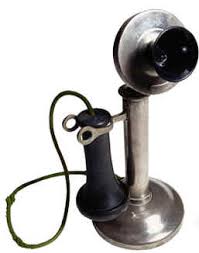 This type of transfer can cost you money as you might need to enable your mobile data to be able to send a file. Most phones come with a mobile data package but when you go over your gigabytes limit, that is when it starts to cost.

Transfer Pictures From Moile Phone To Computer Via A USB Cable

If your phone has a camera built into it, the device likely has a jack that is able to plug into a computer. You’ll often need to purchase this data cable and the inputs vary greatly so it’s important to select the right accessory. The data cable can be a gateway between phone and computer as you can now also transfer ring tones, music and other information back and forth with ease. Once you plug the phone into the data cable and then the computer, the PC should automatically detect new hardware. You can click on the box in your system tray on the computer and a folders should open up with the various media stored on your phone. Simply drag the desired pictures from the phone folder to a spot on your computer desktop and you’ll instantly have them saved on dual locations.

Grabbing these files is a lot like transferring files to your computer from a USB drive or vice versa.

Precious moments captured on tape should live forever. If you’re out camping in the woods and a Sasquatch eats your beef jerky, snap a pic and let the world see. Then, before the Sasquatch can exact his revenge by swindling you out of your cell phone in a game of high stakes Euchre, preserve the photos by uploading them to your computer and saving them forever…or until he breaks into your house and smashes your PC.